We are versatile, and can offer you our skills in the form of a Producer, Line Producer, Director, Assistant Director, Script Supervisor & Continuity, Production Manager, Director of Photography.

On the side, we also make short films on our own. We are also keen to collaborate with fellow filmmakers on indie projects, be it short films or feature films.

If you got a project, give us a tinkle! 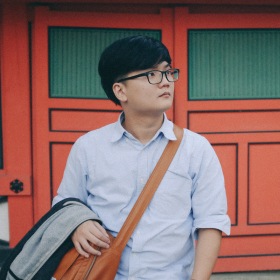 Nicholas’ first break into the industry, at 20 years old, was a trial by fire internship at Zhao Wei Films where he was given the role of the 1st AD for the film “My Magic”, directed by Eric Khoo. He survived the inferno of Hell, split open the Heavens and was given a job as a Production Coordinator. From there, he worked on many of Zhao Wei Films’ commercials and feature films and climbed his way up the production ranks as a Production Manager first, then a Line Producer. At Zhao Wei Films, he was also the resident camera operator and editor for smaller projects.

Nicholas’ most notable project as a Line Producer was “Ordinary”, a short film for the SEA Games, inspired by the life of Fandi Ahmad. His last feature film with Zhao Wei Films was Eric Khoo’s “In The Room”, where he held the position of Production Manager and 2nd Cam Op.

After 5 years in Zhao Wei Films, he decided to leave the company and offer his skills and experience as a freelance Line Producer/Production Manager. In 2016, he joined mm2 Entertainment as a Producer and was part of the team that produced TVCs, short films, corporate videos and more. He took on some of the biggest project of his career- The Home Team Show & Festival 2017, The Temasek 20/20 and many more.

He left in 2018 to take a break and focus on his newborn son.

He is also passionate about being a Director of Photography, having majored in Cinematography at Lasalle College of the Arts, The Puttnam School of Film, under Japanese cinematographer Hideo Urata. He is contented with shooting short films to hone his own craft. Nicholas also writes screenplays for Sabrina’s short films, and is also preparing to direct his own sci-fi short film.

“Jack of All Trades, Master of None, better than a Master of One.” 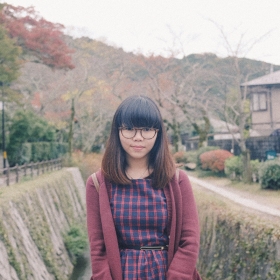 Sabrina joined Mediacorp when she was 20 years old, and was Assistant Director in the Channel 5 Drama Unit. There she was thrown to the deep end of sea where she was expected to swim or sink, and swim she did as she walked out to the shores with pearls in her hands.

After her 3 years freelance contract with Mediacorp ended, she pursued a degree in Creative Producing at Chapman University Singapore. She learnt the finer details of producing such as budgeting, scheduling, creative pitching, and media law.

After her graduation, she joined Vividthree as a Jr Creative Producer, managing projects from pre-production to post-production.

She is now freelancing as an Assistant Director and a Script Supervisor and Continuity.

Sabrina has recently finished her latest short film, “Letting Go”, which will be available on the Temasek 20/20 short film project website. 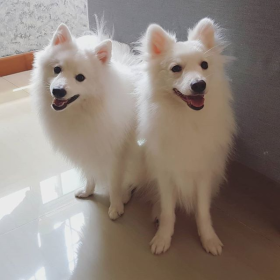 Fuji & Haku are sleeping rabbit | films’s 2 welfare and morale dogficers. They ensures that the team stays happy and motivated by giving lots of licks and paws. They also eats the most expensive of foods and expects the team take on lots of jobs to keep them well-fed.

They are also pretty famous on instagram, you can check them out at @i.am.fuji_haku

It’s a wrap! Yesterday we finished shooting our next short film 蜕变, commissioned by St Hilda’s Church. Very thankful for the fantastic work our cast and crew… END_OF_DOCUMENT_TOKEN_TO_BE_REPLACED

We are very excited to announce that Letting Go is now released on the Temasek 20/20 Short Films project website! Check it out here now! You also… END_OF_DOCUMENT_TOKEN_TO_BE_REPLACED

In collaboration with Sinema Media and The Flying Kick Asia, sleeping rabbit | films was engaged as a production support unit to run this ambitious micro budget… END_OF_DOCUMENT_TOKEN_TO_BE_REPLACED